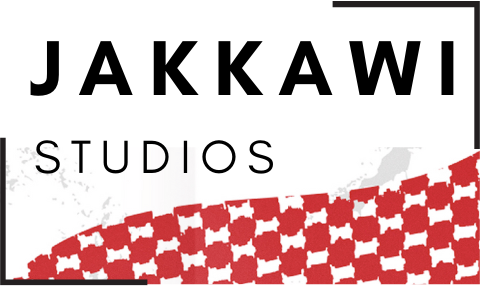 The 78th Golden Globe Awards will honor the best in American television of 2020 as well as film in 2020 and early in 2021 (thank you COVID-19). The Hollywood Foreign Press Association (HFPA) choose the nominees early, sometimes and thus competing shows and films may have premiered longer ago than others in the category. This will be the first bi-coastel ceremony hosted by Tina Fey co-hosting from the Rainbow Room in NYC and Amy Poehler co-hosting from The Beverly Hilton in Beverly Hills, California.

Below are my predictions of who will win (based on HFPA standards) as well as who I think should win in the Television categories! Tune in on February 28th at 5PM PST to see if your faves will take home the Golden Globe!

Will Win: The Crown; some news outlets have stated that Ryan Murphy’s Ratched will take the Globe home in this category but I beg to differ. As much as I want every other show in this category to win, The Crown‘s fourth season delivered one of it’s finest, most emotionally impactful and production-value seasons yet. The addition of Diana and Prince Charles’ storyline really brought a new life to the show and allowed the writers to really stretch beyond the story of history-driven moments and focus on the character-driven moments that make the royals so fun to watch and take in.

Should Win: Any of the shows nominated except for Ratched. Don’t get me wrong, I love a Ryan Murphy produced show with all its glitz and glamour and a wonderful Sarah Paulson in the leading role but it just doesn’t cut it amongst these other shows that all brought their A-game in terms of writing, direction, production values and acting.

Will Win: Ted Lasso; the HFPA has been known to put their stamp of approval on a buzzy new comedy which automatically rules out Schitt’s Creek, which already swept the 2020 Emmys for hits final season. Emily in Paris has generated PLENTY of controversy over its nomination for series and star so I don’t expect it to follow through. HBO Max is relatively new to the streaming wars and has not found its marketing footing for TV shows to really award The Flight Attendant. Hulu’s The Great was hilarious and fun and a welcomed addition to the McNamara Royalty Universe (the writer-creator of the show, Tony McNamara penned the award winning The Favourite in 2018), but has failed to generate the same commercial buzz as other shows in this category. Ted Lasso has been both critically adored and been commercially successful; given that Apple TV+ only really has this show to contend for awards this TV season, they have and will continue to go hard on their campaigning for the American coach in London.

Should Win: Ted Lasso OR The Flight Attendant; The Apple TV+ hit has been one of the funniest and one of my favorite comedies of 2020 BUT what the writers-creators and even actors of The Flight Attendant have done with their show in terms of genre-bending, unique twists and turns, all while setting us in international destinations was one of the most fun joy rides I’ve ever had on television this year…and that shocking end! Oh my!

Will Win: The Queen’s Gambit; the Netflix miniseries about chess prodigy Beth Harmon broke streaming and viewership records. But in a category packed with word-of-mouth sensations (the HBO Kidman-Grant miniseries grew in ratings week-by-week; the Hulu adaptation grew in viewership/streams as months went by; Unorthodox only grew in viewership as awards were being thrown its way), I expect the HFPA to award the Globe to the one miniseries that got households across the world through the winter months of quarantine.

Should Win: Small Axe; besides being one of the most critically acclaimed and well-regarded series of 2020, the anthology from 12 Years a Slave and Widows director Steve McQueen tells five distinct stories about the lives of West Indian immigrants in London from the 1960s to the 1980s. It’s a series that is exquisitely crafted and is a remarkable achievement of sociopolitical riches that is timely both culturally and historically and is a reminder that we rare destined to repeat the past if we don’t learn and fix the wrongdoings.

BEST ACTOR IN A DRAMA SERIES

Will Win: Josh O’Connor, The Crown; this year will be the year of The Crown! Given the addition of the Prince Charles-Princess Diana storyline this season, the show feels new and energetic, thanks to the terrific acting by their actors. Josh O’Connor took the mantle of playing the next-in-line-for-the-throne prince last season and was given some great scenes to work with but this season, he was really able to bring his A-Game and show us his acting prowess in both portraying a public figure but also imbuing him with his own mannerisms that makes the Princes relatable to us non-royals. He is up against some formidable actors who are all great in their roles but given next season, all principle roles will be recast for the aging of the characters, I expect the HFPA to award O’Connor as his last hurrah.

Should Win: Josh O’Connor OR Bob Odenkirk, Better Call Saul; Odenkirk continues to surprise and be an enjoyable watch and this past season of the Breaking Bad spin-off was his beast one yet, peaking in an ambitious hour long episode lugging a duffle bag of cash around the New Mexico desert in mid-summer.

BEST ACTRESS IN A DRAMA SERIES

Will Win: Emma Corrin, The Crown; Killing Eve’s Jodie Comer and Ozark’s Laura Linney haven’t received their Globes (although Comer has received an Emmy for her turn as Villanelle) and I don’t expect them to get it this year. Paulson is a gem in anything she stars in but this isn’t her time. Colman has won three Golden Globe across categories and mediums in the last five years and I expect the HFPA to award her in the film category instead of her…and so I expect HFPA standards of anointing a new star to take over and award Emma Corrin for her brilliant and devastating role as the late Princess Diana.

Should Win: Emma Corrin OR Olivia Colman, The Crown; OR Laura Linney, Ozark; I love anything The Crown related and I think Colman and Corrin deserve the Globe but Laura Linney continues to astound as the matriarch of the Birde family and deserves a Golden Globe for the devastating penultimate episode of the third season.

BEST ACTOR IN A MUSICAL OR COMEDY SERIES

Will Win: Jason Sudeikis, Ted Lasso; I don’t think the HFPA will follow with the Emmys’ win with Eugene Levy and Nicholas Hoult dimwittingly hilarious turn as Peter III of Russia is only funny against his costar’s own performance and does not stand out on its own. Youssef was already appointed a comedy star last year and Don Cheadle is great in the Showtime dark comedy about 80s Wall Street life. But nothing beats Jason Sudeikis’ performance as the titular Ted Lasso that captured the hearts of so many this quarantine season. His heartwarming, hilarious performance could have been a cartoon but Sudeikis made him feel so real.

Should Win: Jason Sudeikis, Ted Lasso; see above. I mean I have not cried AND laughed in the same scene before thanks to an actor’s portrayal.

BEST ACTRESS IN A MUSICAL OR COMEDY SERIES

Will Win: Kaley Cuoco, The Flight Attendant; O’Hara already has her Emmy for her hilarious turn as Moira Rose and the fact that Jane Levy is her show’s only nominee in any category may cost her. There is great support for Elle Fanning as her strong feminist take on Catherine the Great. I don’t think the Globes will replicate the Emmys’ love for the Pop TV hit and they’ll want to anoint a new comedy queen and they will NOT say oui to Emily, especially after the controversy of its nomination.

Should Win: Kaley Cuoco, The Flight Attendant OR Catherine O’Hara, Schitt’s Creek; O’Hara should win EVERY award for her role as Moira but Cuoco did some genre-bending and interesting character choices that really elevated the HBO Max hit.

BEST ACTOR IN A MINISERIES OR TV FILM

Will Win: Hugh Grant, The Undoing; the HFPA love themselves a spectacle and Grant’s years-long comeback as an acting legend outside of his rom-com vehicles has been a stellar ride through some hit premium miniseries. He also manages to balance a fine line between “yes he did it” and “no he did not do it” even while the answer was so clear. Critics may say that it’s due to the writing but Grant brings a humbling and emotional look into a troubled man that constantly makes you question everything.

Should Win: Ethan Hawke, The Good Lord Bird; hands down one of the best performances of the year, Hawke brings a unique, powerful and sometimes comedic take as violent abolitionist John Brown through the eyes of a young Black boy that he takes under his wing and calls his own child (well, daughter). But as the show progresses to a more realistic look and we break away from how the child sees him into the last days of Brown’s legacy, the show takes a more serious and dramatic look while Hawke manages to keep the power and nuances of character the same.

BEST ACTRESS IN A MINISERIES OR TV FILM

Will Win: Anya Taylor-Joy, The Queen’s Gambit; as stated multiple times, the HFPA loves to award and recognize new and upcoming talent! While Taylor-Joy has been working for several years in the industry across indies and select blockbuster films, her powerful and brilliantly destructive turn as Beth Harmon in Netflix’s miniseries about the chess prodigy was one of the year’s most addictive binges and most talked about performances of the last few months.

Should Win: Anya Taylor-Joy, The Queen’s Gambit; see above. As much as I would love for Miss Blanchett to take away the prize for her first leading television role, Taylor-Joy holds her own against her.

BEST SUPPORTING ACTOR IN A SERIES, MINISERIES OR TV FILM

Will Win: John Boyega, Small Axe; the critically acclaimed Amazon Studios miniseries is a bit difficult to classify in an awards race. The series is an anthology that is comprised of five “chapters” or stand-alone films that star different actors and tell different stories but are thematically and historically connected. Boyega is the lead of “Red, White and Blue” in which he portrays boundary-breaking Black police officer Leroy Logan who was ostracized from a community that considers him a race traitor while also being condemned by his racist colleagues. His performance is heart-breaking, timely and soulful…blending hope and fury in one.

Should Win: John Boyega, Small Axe; as much as I would love Dan Levy to take home the award for his final season of his hit comedy, Boyega’s performance is powerful, timely and will be remembered for years to come.

BEST SUPPORTING ACTRESS IN A SERIES, MINISERIES OR TV FILM

Will Win: Gillian Anderson, The Crown; Anderson embodied the Iron Lady herself for the fourth season of the hit Netflix show, with such power, empathy and ease. Her performance as Prime Minister Margaret Thatcher is about as visceral and authentic as it could get. Somehow, Anderson was able to bring her own unique characteristics and mannerisms to Thatcher without losing any of the power and truth of the Prime Minister herself.

Should Win: Gillian Anderson, The Crown; see above. As much as I love each of the actresses nominated in this category and would love for Murphy to win for her final season of the Pop TV hit or Bonham Carter to take a Golden Globe home for her fun and heartbreaking take on the late Princess Margaret, Anderson was hands down an actor’s creme-de-la-creme.